Oonagh Buckley, Director General of the Workplace Relations (WRC) noted the publication today (21 August, 2017) of important decisions by a WRC Adjudication Officer in relation to discrimination under the Housing Assistance Payment Scheme (HAPS).  (The decisions can be accessed at the links below). 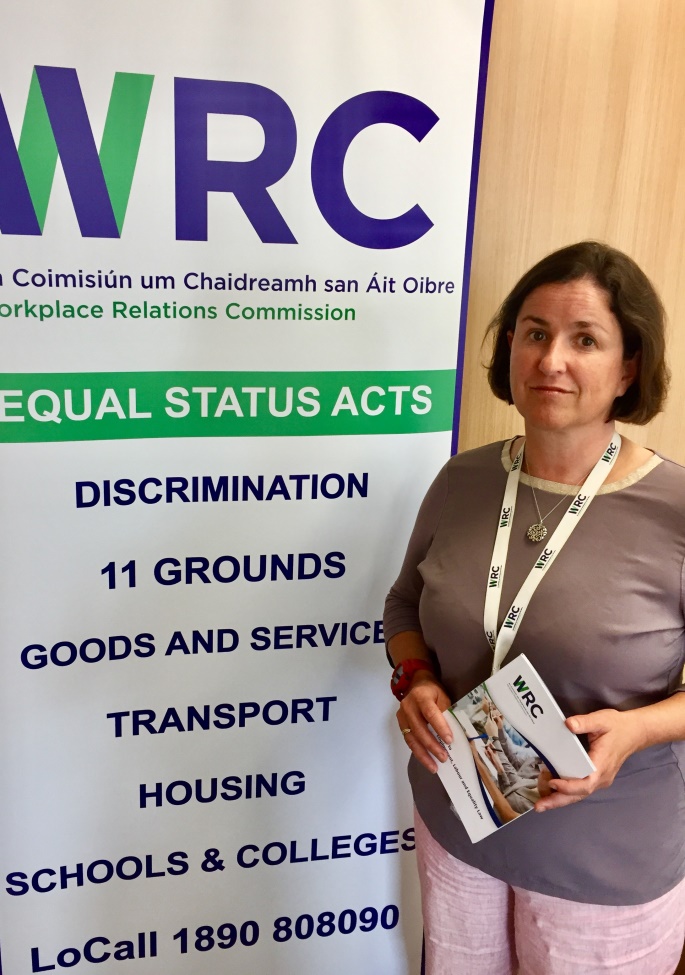 Outlining the back ground to the decisions Ms. Buckley stated that “the law was changed in 2015 to help people who are struggling to source private accommodation because they depend on State assistance. Since 2015, the law has outlawed discrimination on the housing assistance ground at all stages in the provision of rental accommodation - in advertising and making offers of new tenancies, in bringing existing tenancies to an end and in the treatment of tenants during the term of an existing tenancy”.

Ms Buckley (pictured to the right) highlighted the critically important role the WRC can play for persons who want to make a complaint about any discrimination, for example discrimination by landlords on the basis of being in receipt of a Housing Assistance Payment. “We are resourced to deal with complaints in all areas of equal status legislation. We are working with our stakeholders to deliver this key message – the place to make a complaint about discrimination is to the WRC. Making a complaint is free and can be done on line, and both sides can expect the WRC to give them both a hearing and a decision promptly.”

Ms Buckley concluded by saying that equal status complaints accounted for almost 5% of all complaints made to the WRC. It is expected that this pattern will continue into the future.

The links to three recent decisions published by the WRC are attached below:

The Acts outlaw discrimination in all services that are generally available to the public whether provided by the state or the private sector. These include facilities for refreshment, entertainment, banking, insurance, grants, credit facilities, transport and travel services. Discrimination in the disposal of premises, provision of accommodation, admission to, access to and conditions of participation in educational courses or establishments are also prohibited subject to some exemptions.

The grounds on which discrimination is prohibited by the Equal Status Acts are: